There is now a crisis in the US due to chronic sleep disorders. The National Center on Sleep Disorders Research (NASDR) states that 70 million Americans suffer from sleep problems, with approximately 60% of these having a chronic disorder.

Furthermore: 80% of people with severe disorders, such as obstructive sleep apnea are undiagnosed!

The Centers for Disease Control and Prevention estimates that drowsy driving causes up to 6,000 FATAL crashes each year. Subways, trains, ferries, ships, trucks and cars become death traps when a sleep breathing disordered person is at the wheel.

Celebrities, athletes and average Americans alike can fall prey to this syndrome without warning. Links to pre-mature death, Alzheimer and dementia are now documented. In fact, recently a cardiologist described the last beat of a dying heart as a final apnea event.

Even light snoring can be an early warning sign indicating a slowly collapsing airway. It's no laughing matter!

The American Dental Association has adopted a policy for all dentists to screen patients for sleep-related breathing disorders.

If treatments are indicated, health insurance and medicare cover nearly all expenses. 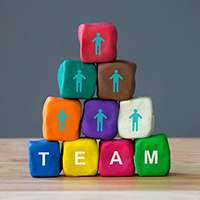 From the moment patients walk in the door to any necessary follow-up appointments, our team will take the time to create a comfortable and welcoming treatment environment. This way, the patient can relax during treatment to receive the professional care they need. Under the direction of Dr. Joseph Portale, DMD, MAGD, our team will help customize the treatment to each individual patient. While many people may seem to function without the proper amount of sleep each day, sleep apnea makes it even more difficult. Along with sleep apnea, multiple conditions prevent proper rest and cause issues to other aspects of a patient’s health and well-being. At Bergen Health & Wellness, we can help patients get on a professional treatment plan.

We provide a variety of services in our wellness center that focus on sleep medicine. Sleep is crucial to helping the body and brain recharge. Without the proper amount of sleep, people will find it difficult to focus during the day, challenging to stay awake and uncomfortable to complete simple tasks. With a sleep study, we can determine the issue interrupting the patient’s sleep. These issues can include sleep apnea, sleep disorders, breathing disorders, chronic sleep disorder, sleep deprivation and disruptive snoring. Dr. Joseph Portale, DMD, MAGD may recommend various treatment options, including oral appliance therapy, alternatives to CPAP, sleep therapy and dental sleep medicine. At Bergen Health & Wellness, we will help find the treatment the promotes proper sleep and a healthy lifestyle.

To begin the treatment process, we will need new patients to fill out a “New Patient Information Form.” This form will cover the patient’s medical history, current condition, sleep habits, allergies, insurance and other related factors. In most cases, we will need to conduct a sleep study to track the patient’s condition and the factors that cause disruption in their sleep. Dr. Joseph Portale, DMD, MAGD will then review the results to help customize a solution for the patient. At Bergen Health & Wellness, we will also offer patients follow-up care when necessary to help them maintain a healthy sleep schedule. Call us at 201-945-5353 to schedule an appointment and find the solution to your sleep issues.

Our office is now Re-Open and accepting patients! We're currently following all State and Federal guidelines to ensure our patients overall health and safety.